Last week I paid a brief visit to the Art Gallery of Greater Victoria (Canada), mostly because I'd never gotten around to visiting the place on previous visits and thought it was high time I did so.

The museum is modest in scale because the Victoria metro area is not large. The main exhibit when I was there had to do with the art of Victoria native Emily Carr, but it too was of modest scope.

An exhibit that aroused enough interest to justify a blog post had to do with Canadian furniture and industrial design from the late 1940s into the 1960s. I'll skip over the hi-fi sets and tabletop radios to focus on the furniture style which I'd half forgotten. Although the objects were Canadian, the core style is close to what was being done in the United States and elsewhere at the time. 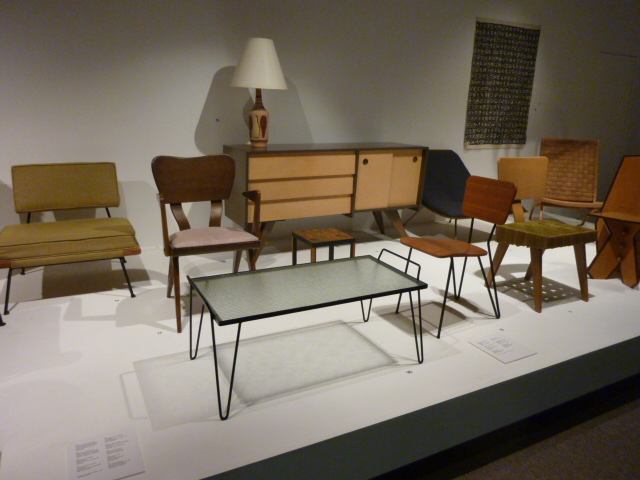 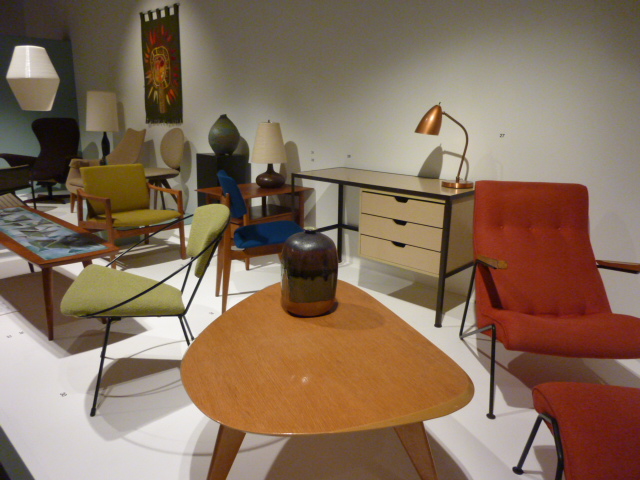 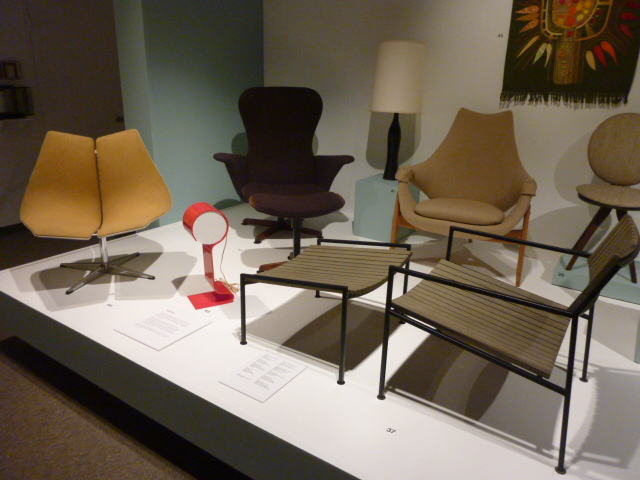 Judging by appearance alone and not any designers' statements of intent, the goal was an appearance of lightness. This was in contrast to "heavy," "substantial" styles of traditional furniture. Horizontal elements tend to be thin. legs and supports are often in the form of thin metal dowels painted black so as not to intrude on the "floating" effect created by the bright or light colored horizontal bits.

A popular contemporaneous style was Danish or Scandinavian modern. Such furniture usually featured wood and fabric (which material and to what degree depending on function). It too tended to be uncluttered, but usually seemed more substantial than the rather extreme look pictured above.

From an interior and furniture design standpoint, the 1950s seem to represent an extreme of the modernist movement in keeping with Abstract Expressionism in painting which peaked at the same time.