Ernest Blumenschein (1874-1960) was building a career as an illustrator when the supplies wagon he and another artist were using while touring the Southwest broke down near Taos, New Mexico. This event served as the catalyst for his eventual abandonment of illustration and move to Taos to practice a career as a fine arts painter and leading light of the artist colony that developed there.

Biographical details can be found on WIkipedia (here) and this link. I recently wrote about his home here.

A fairly recent book about him discusses his relationship to the modernist movement which he began to embrace in the early 1920s. Compared to other Taos art colony painters, Blumenschein and a few others regarded themselves as progressives rather than conservative in their artistic styles. But the book also notes that towards the end of his long career, he held doubts regarding the Abstract Expressionism that epitomized modernism by the 1950s.

From my 2011 perch, I find only the mildest whiff of modernism in Blumenschein's post-1922 works. Yes, he simplified shapes of hills, trees and people. But no more so than many other artists of the day such as Grant Wood. Poor Blumenschein was never able to break away from his art training and illustration background to the point of gross distortion as Picasso, George Grosz and other were doing.

Below are examples of Blumenschein's fine art work. There might be examples of his illustration on the Internet but, alas, I didn't notice any. (He turned out good work and could have had a distinguished career had he stuck with illustration.)
Gallery 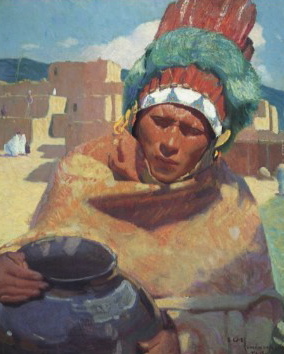 Taos Indian Holding a Water Jar - 1911
This is the earliest example I could find. It's a competent, illustration-like work with Impressionist color touches; illustrator N.C. Wyeth was painting in a similar fashion at the time. 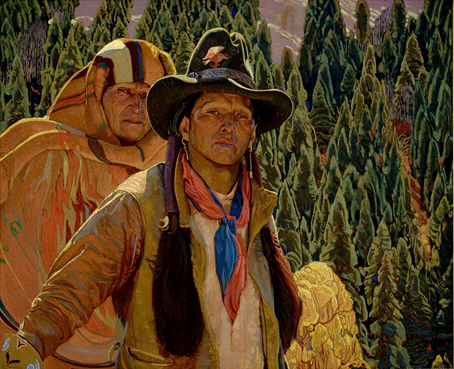 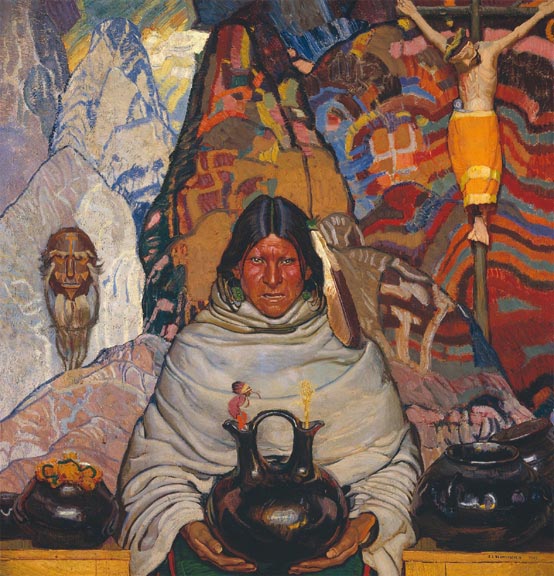 Superstition - 1921
Another example of his pre-modernist work, though it does exhibit considerable picture-plane flatness and decorative touches. 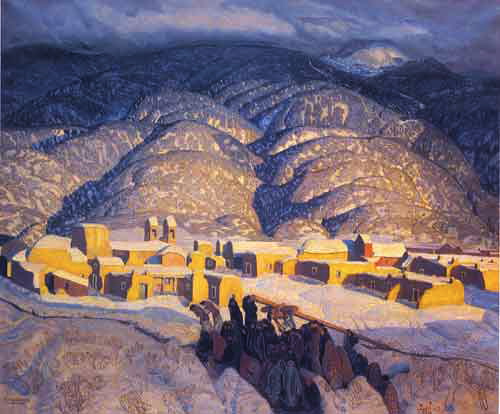 Sangre de Cristo Mountains - 1925
Simplification of forms and other stylizing are obvious here. Other artists 1925-35 took a similar approach, but depicted parts of the country such as Iowa or New England. 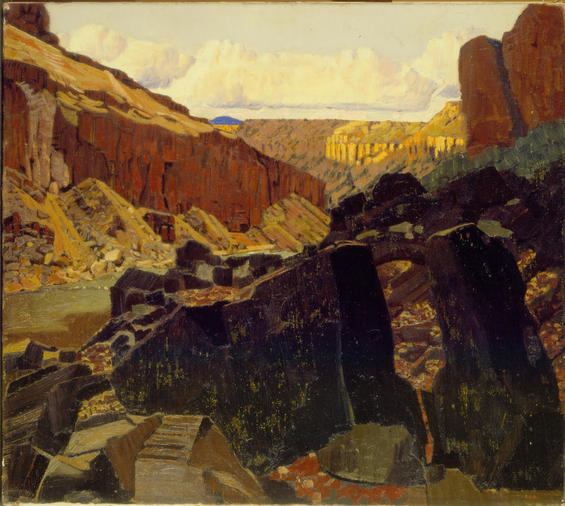 Canyon Red and Black - 1934
Stylization is less obtrusive in this painting. 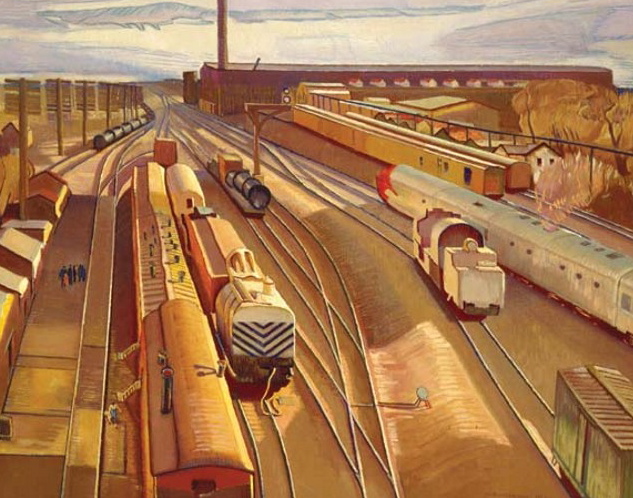 The Chief Goes Through - 1956
Towards the end of his career Blumenschein was painting townscapes as well as landscapes. Simplification is present, but not grossly so. The "Chief" in the title is the Santa Fe railroad's Super Chief passenger train seen at the right.