When I was young I used to come across illustrations by the Illustrated London News' technical guy G.H. (George Horace) Davis (1881-1960). I could find little on Davis on the Internet: this link has a biographical squib just below the portrait photos.

Not that I read the ILN anyplace but in the form of bound issues in the college library stacks, it's just that his work would be reproduced elsewhere and I would notice his distinctive signature.

Davis' specialty was cutaway illustrations where exteriors are selectively peeled away to reveal structural and functional interior details. His main subjects were airplanes and ships, though he also used his approach on other items as needed by his editor. And he did non-cutaway paintings on the side.

Here are examples of his work. Click on the images to enlarge.
Gallery 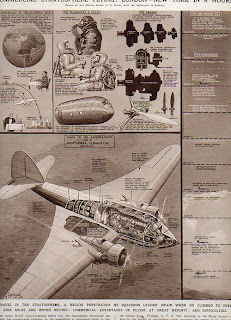 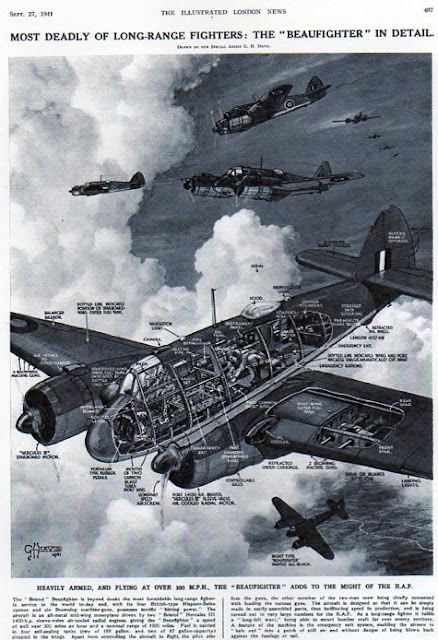 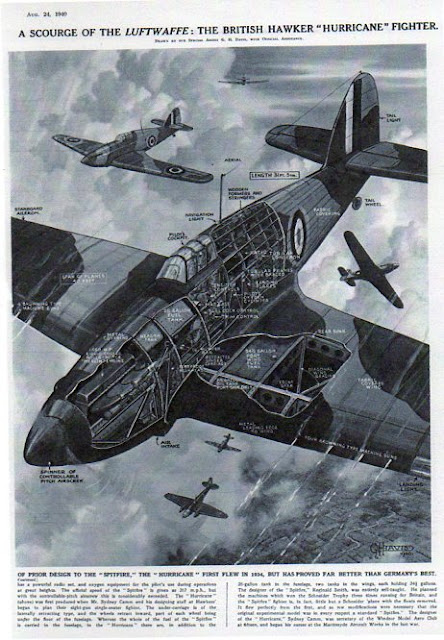 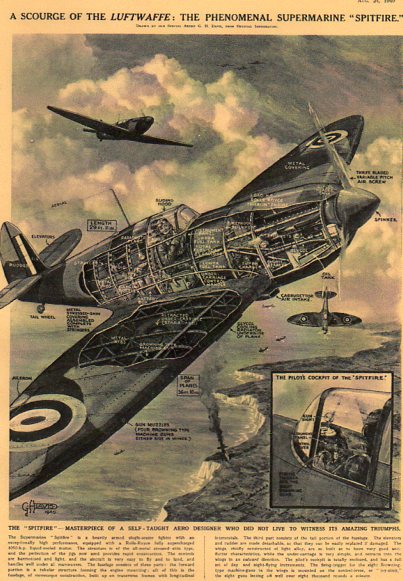 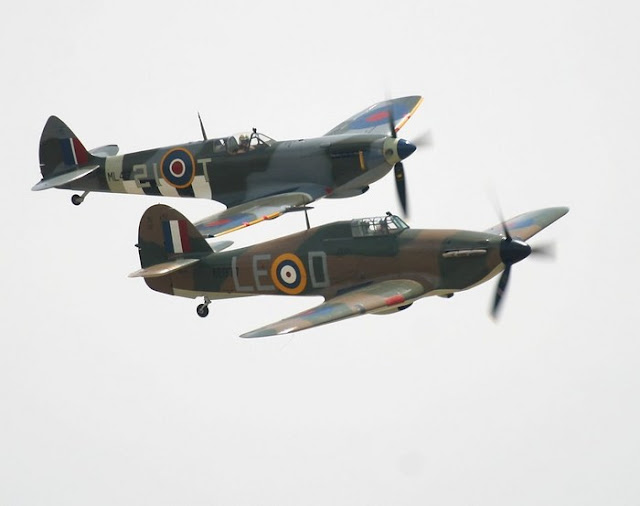 Photo of a Spitfire and a Hurricane together
I'm pretty sure that Davis "freehanded" most of his illustrations. Compare his Hurricane and, especially, Spitfire with those in the photograph. A charitable explanation is that he had to do these drawings on a tight deadline and lacked time to work up the images mechanically from three-view drawings as an architect would do when preparing a rendering of a structure. This method or something analogous was used in Davis' time by cutaway artists for British aviation magazine who apparently were allowed longer lead-times. Artists who do paintings of aircraft also generally begin with mechanical delineation; failure to do so would run a strong risk of making a distorted image.

Another problem Davis and other aircraft cutaway specialist faced was security; too much detail might be useful to enemies in times before aircraft could be shot down and examined. For example, Davis' Beaufighter is the daytime version. The radar-equipped night fighter flew only over Britain on interceptor missions, so His Majesty's Government would be most unhappy if Davis had spilled any airborne radar-related beans in 1941 or '42.