When I wrote about combat art a while ago I mentioned that I thought that the best of the examples shown was a painting by Alphonse de Neuville (1835-1885). Actually, as I sit typing this post, I can't think of an artist who did that kind of job better. But if I do come across a better combat artist, I'll let you know.

Here are examples of his work dealing with the Franco-Prussian War:
Gallery 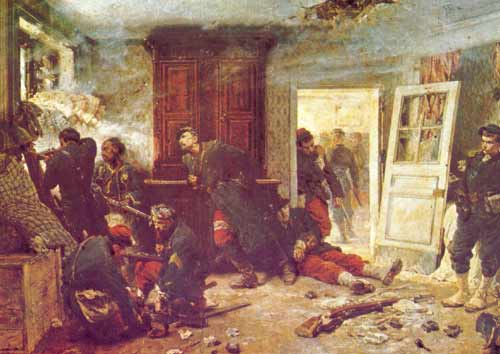 Les dernières Cartouches - 1873
This is Neuville's most famous painting, depicting surrounded French troops fighting at the point where their last cartridges are about to be expended.

Attaque, par le feu, d'une maison barricadée et crénelée - 1875
Aside from some corpses, not many men are to be seen in this urban skirmish. 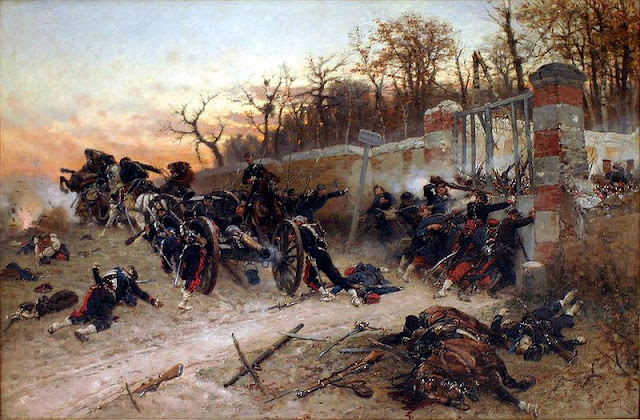 Défense de la porte de Longboyau - 1879
Neuville liked to paint lots of men at dramatic moments. And he seldom failed to include wounded and dead soldiers. 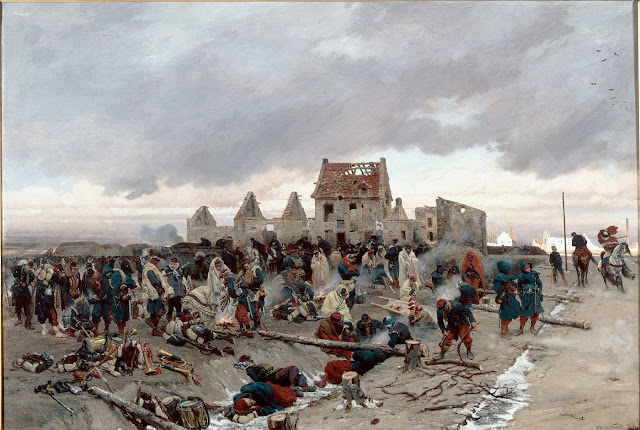 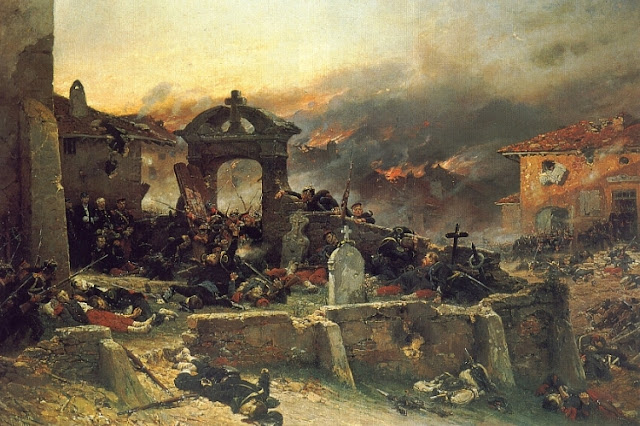 Le cimetière de Saint-Privat (18 Août 1870) - c.1881
Once again German troops are about to breech a French defense in the war that cost Napoleon III his throne. 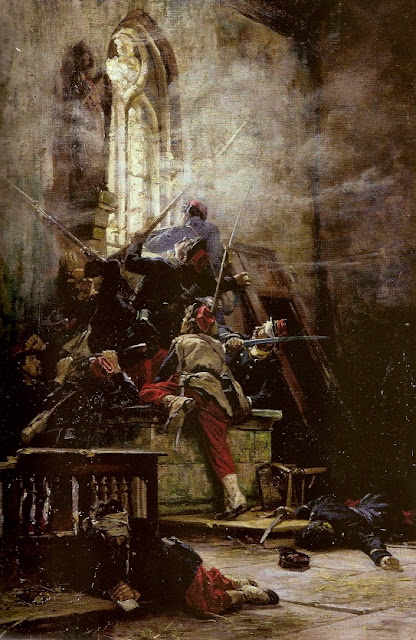 Scène de combat dans une église - c.1881
Neuville loved to include a lot of atmosphere; note the smoke from gunpowder. 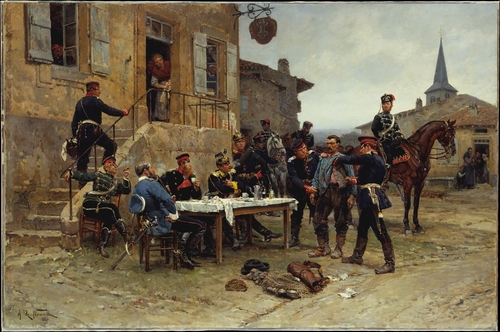 Un porteur de dépêches: Sainte-Maries-Aux-Chênes, près de Metz (Septembre 1870) - c.1881
A comparatively calm scene where a French courier disguised as a peasant is brought before Prussian officers. Because he is not in uniform, he likely will be executed. 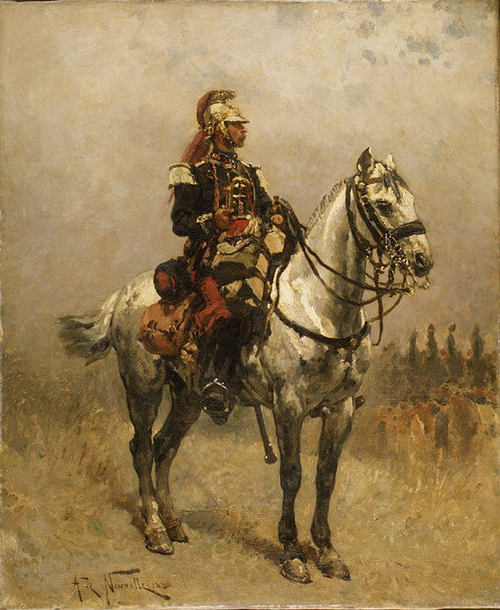 A Cavalryman - 1884
Neuville also painted studies of various soldiers.
Neuville's Wikipedia entry is here. And there is a recently published book about him. 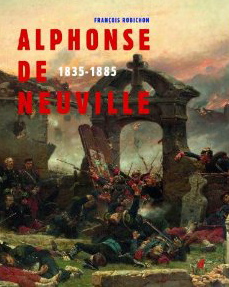 I see that Amazon lists it, but I bought my copy through their French site (amazon.fr). It has plenty of reproductions including some full-page detail views. The text is in French and mostly comprised of quotes from reviews of his works along with some of his family correspondence. I considered the pictures more than enough to justify the price.

As for seeing his works in person, the Metropolitan in New York has one, but I suspect it isn't on display (let me know if I guessed wrong). You can see some of his work in Paris at the Musée de l'Armée, but otherwise you'll probably have to rent a car to track down his most important paintings elsewhere in France.