In the Beginning: Grant Wood


"American Gothic" is an iconic painting. It's so iconic that I won't bother wasting precious, hand-crafted, organic pixels reproducing it here.

Its creator, Grant Wood (1891-1942 -- he died the day before his 51st birthday), painted other familiar works that got him pigeon-holed as an American Regionalist (or some similar label). His Wikipedia entry sketches his career but is woefully short on images: for those, use Google or Bing.

The stereotypical Grant Wood painting, be it portrait or landscape, has a solid look to it. There also is simplification and stylization; these are exhibited to a much greater degree in his landscapes than in his other work (murals excepted).

Wood's classical style didn't emerge until after a 1928 visit to Munich. Prior to that, he was mostly influenced by French Impressionism. He visited Europe four times in the 1920s when he was already in his thirties. I suppose he might have visited there sooner, but for the inconvenience of the Great War. I couldn't locate any pre-1920 paintings on the Internet nor in two books dealing with Wood, so the "early" works shown below represent what he was painting before his style changed drastically in his late thirties.
Gallery 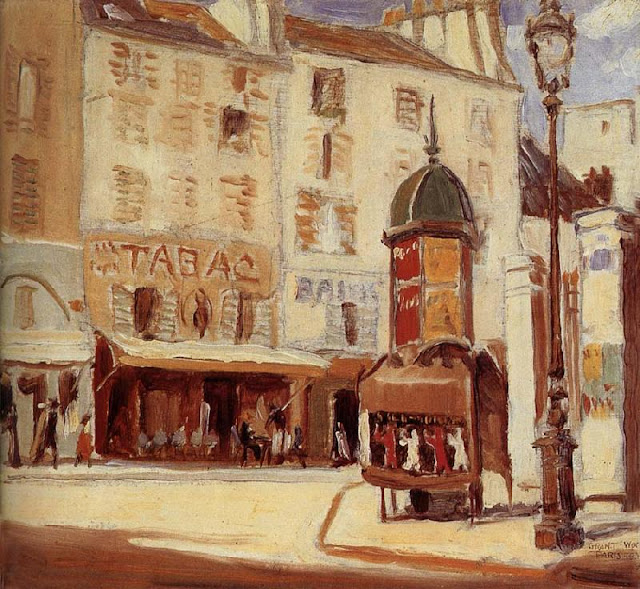 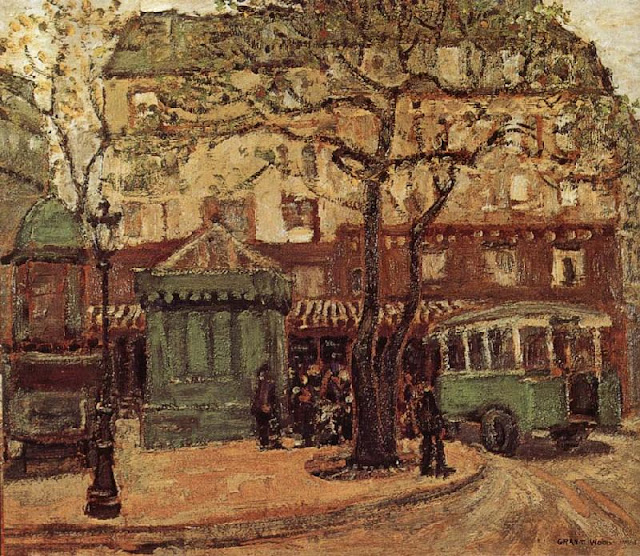 Paris scene with omnibus - 1920s
These two paintings are typical of his urban scenes. He also painted landscapes using a similar dabby style. I could find no examples of portrait-type paintings done during this period, though he surely must have been doing some studies and experiments in those days because his 1930s faces and figures are skillfully made. 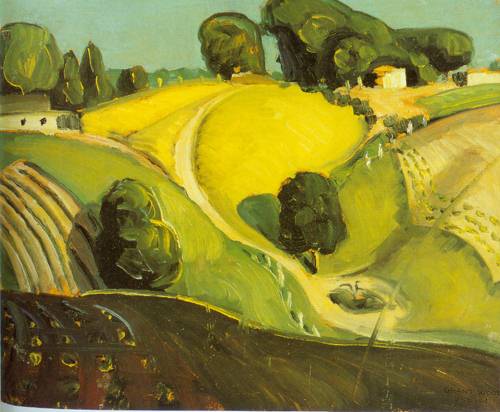 Landscape - 1930
This retains some of his sketchy 1920s practice. But he was painting solid, crafted images by 1930, so perhaps this originally was simply a sketch or color study and not a finished work even though he signed it. 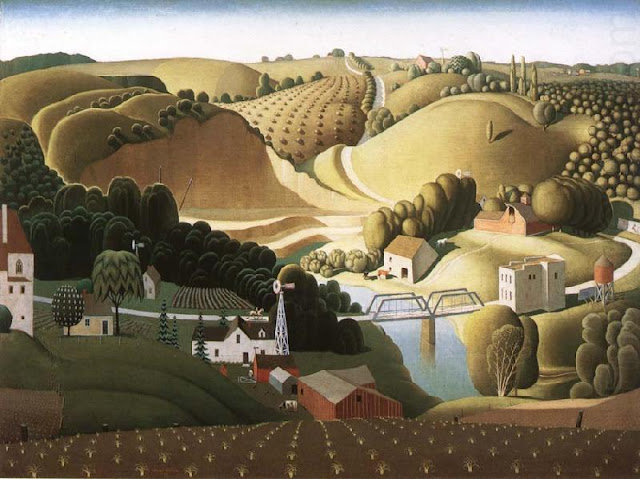 Stone City, Iowa - 1930
I include this as an example of Wood's mature landscape painting. 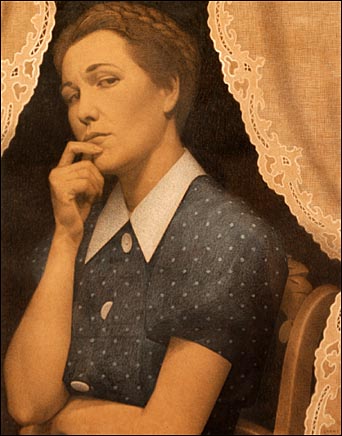 The Perfectionist - 1936
And here is one of his portraits. The joke is that one of the lady's buttons is not completely fastened. 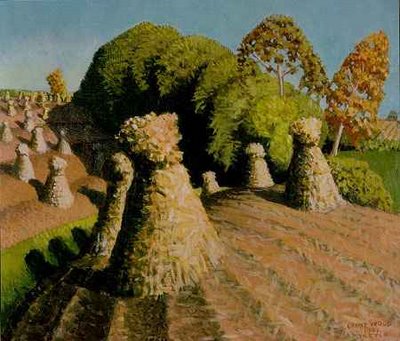 Iowa Cornfield - 1941
This was painted the year before Wood died of cancer. It is a partial reversion to his 1920s style.