Giovannia Battista (Giambattista) Tiepolo (1696-1770) -- Wikipedia entry here -- began and cemented his career in Venice, spent a few years in Germany and died in Spain, leaving a trail of masterpieces on canvases, walls and ceilings.

Many of his subjects were religious, commissioned by churches and rulers such as Prince Bishop Karl Philip von Greiffenklau of Würzburg. Unlike typical depictions of the Virgin and female saints painted in his time and before, he injected both glamor and reality. That is, his women were both attractive and looked like people one might see in streets, cafes and shopping centers today (if costuming is ignored).

When I thumb through my books about Tiepolo I find myself noticing a certain facial type or perhaps even the same face appearing from time to time. Might he have had a favorite model? Was she a relative? A mistress? Or maybe he was simply depicting a facial type that appealed to him.

Below are examples of some of his women. Most of the images are details, sometimes not of the main subject of the painting. Not all the subjects are religious. I apologize that image quality is not top-notch; that's because I needed to crop to the faces as closely as possible, so tried to start from large images that often were not sharp.
Gallery 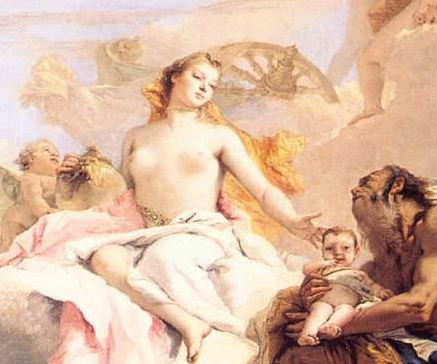 An Allegory with Venus and Time (detail)
This is the sort of babe that pops up in Tiepolo's work, though she seems younger here than elsewhere. 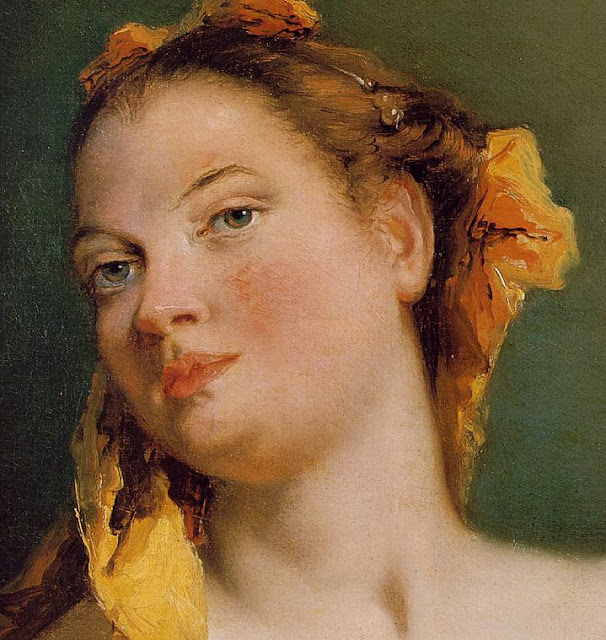 Woman With a Mandolin (detail)
Same model, but a little older? 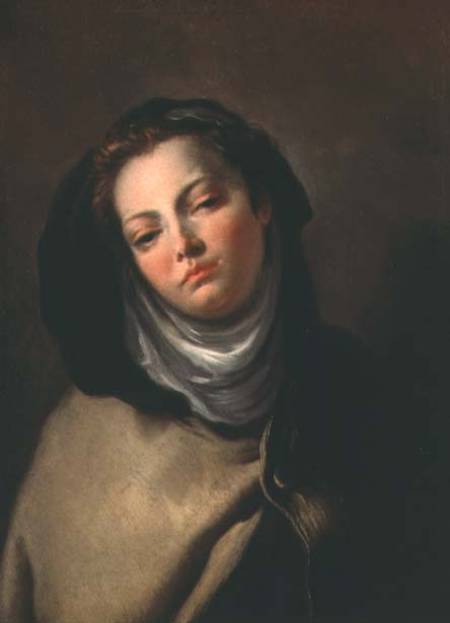 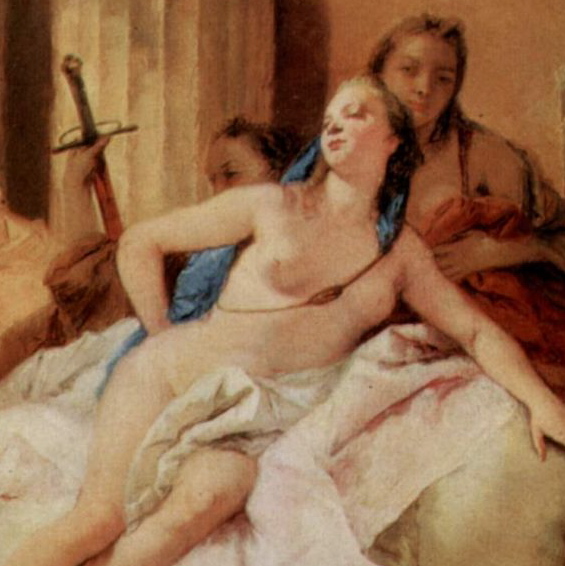 Venus and Vulcan (detail)
Whoever she might be, she qualifies as his Venus. 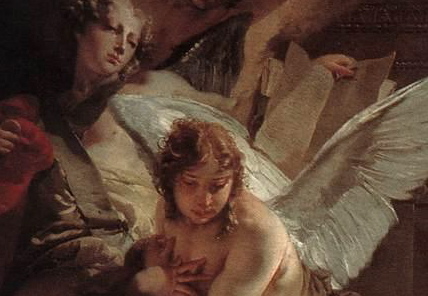 Education of the Virgin (detail)
Now for some different faces; consider the one at the upper left. Older, and a bit more serious or stern. 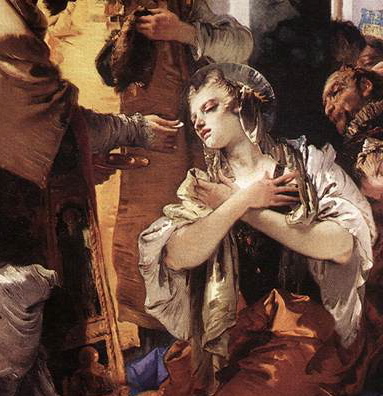 The Last Communion of St. Lucy (detail)
The model for St. Lucy might be the same as for the painting above; note the longer nose than in the first several. 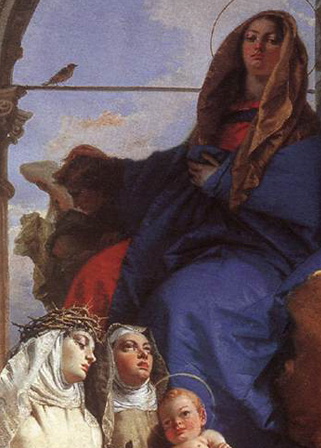 The Virgin Mary Appearing to Dominican Saints
St. Catherine of Siena (in white) is gorgeous. And not quite like Tiepolo's other women, pretty though they may be. Oh, and that's St. Rose of Lima next to Catherine; she's simply pretty, as is the Virgin.
Tiepolo obviously had a "modern" eye for feminine beauty. Apparently so did the people who commissioned his works, both religious and secular, because he was in demand during his long career.