I recently posted about the teardrop design motif favored by Norman Bel Geddes in the early 1930s. The linkage of the teardrop shape to aerodynamic streamlining resulted in an industrial design fashion during the 30s that eventually reached cliché proportions. Nevertheless, that shape is pleasing and its use in car bodies usually resulted in improved aerodynamic efficiency when compared to similar cars build prior to, say, 1935.

Although the teardrop motif was applied to large, often bulky sedans, it achieved its aesthetic zenith with sports cars. French sports cars, to be more specific. America didn't do sports cars in those days and the English apparently were too conservative style-wise to abandon traditional fenders for the teardrop kind. Same for the Germans, though a few examples of teardrop sports sedans can be found. And some late-1930s Alfa Romeos sported the teardrop motif. 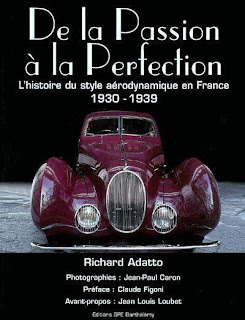 But it was the French who dominated that style scene, with the coachbuilding firm Figoni & Falaschi leading the pack. If this interests you, try to locate a copy of Richard Adatto's book (French edition shown above, but the English version has a similar cover). It seems to be out of print, but it's worth tracking down if you love that kind of styling.

Here are some examples.
Gallery 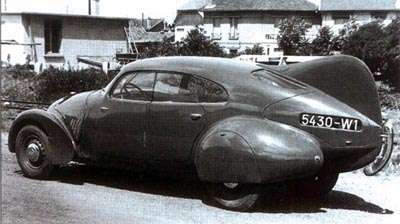 Peugeot Andreau prototype - 1936
A sports sedan rather than a sports car, but I include it because it illustrates what was in the air of France when the cars show below were being conceived. 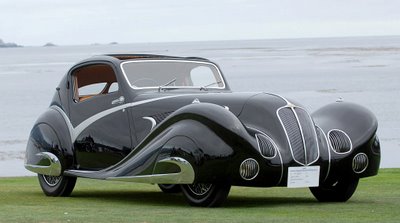 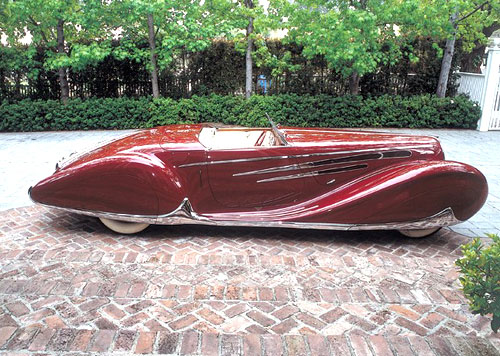 Delahaye 165 by Figoni et Falaschi - 1939
This car was sent to the USA for inclusion as part of the French exhibit at the 1939 New York World's Fair. 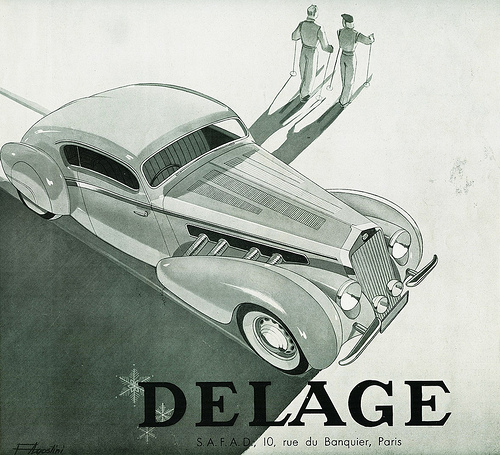 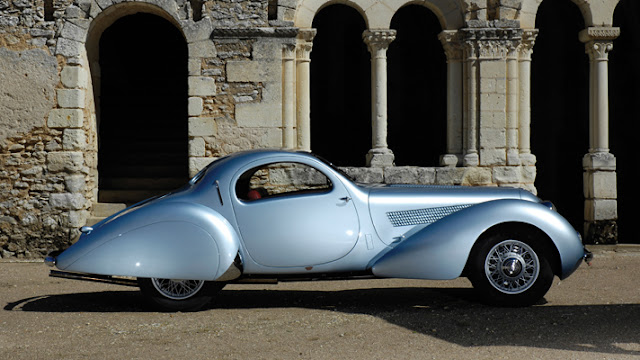