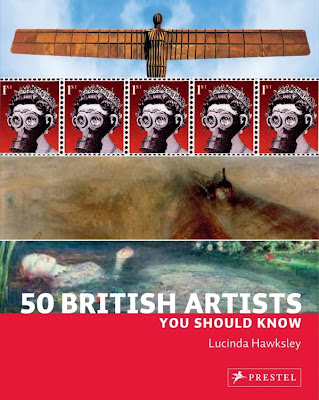 Foundation for Indian Contemporary Art
invites you to a talk by

50 British Artists You Should Know


Lucinda Hawksley talks about her latest book "50 British Artists You Should Know" and looks at the course of British art, beginning with artists whose careers flourished under the reign of the great artistic patron Queen Elizabeth I through to artists who are working today, under Queen Elizabeth II. The talk will focus particularly on art from the 18th and 19th centuries, a time when England and India were inextricably linked.
Lucinda Hawksley is a regular lecturer at the National Portrait Gallery in London. She is an expert in art from the 19th and early 20th centuries, and the author of the critically acclaimed biographies "Lizzie Siddal, The Tragedy of a Pre-Raphaelite Supermodel" and "Katey, The Life and Loves of Dickens's Artist Daughter". Lucinda's newest book "50 British Artists You Should Know was published in April 2011". In October 2011, the publication of another new book will take place, it will celebrate the bicentenary of the birth of Charles Dickens, who is Lucinda's great great great grandfather.
Newer Post Older Post Home