The 1950s and 60s saw major changes in mainstream illustration style. Conventional wisdom has it that photography began to force illustrators to move from highly representational style. For this and other reasons (advent of television, death of general-interest magazines, etc.), that's what indeed happened. And I'll suggest that part of this movement was to styles that tended to give the artist's medium increasing prominence and depiction of the subject matter less.

An artist who attained early success in this venture was David Stone (Livingstone) Martin (1913-1992) whose work was both avant-garde and a source of inspiration to art school students in the mid to late 50s. His Wikipedia entry is here and Leif Peng has a fine series of three articles about Martin at his Today's Inspiration blog dealing with early years, record jackets and general illustration.

My sense is that Martin isn't really considered an Old Master illustrator these days. Perhaps he's one of those respected borderline figures whose day will return at some point. Let's take a look at some of his stuff. "Jazz at the Phil" cover 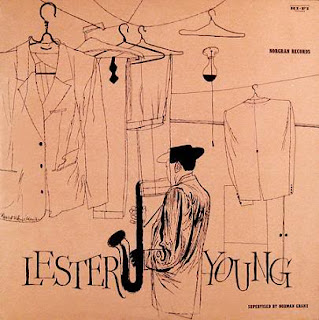 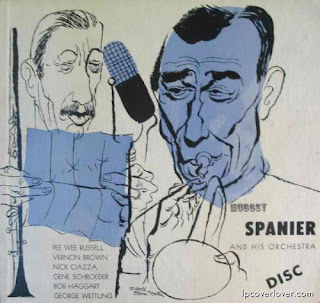 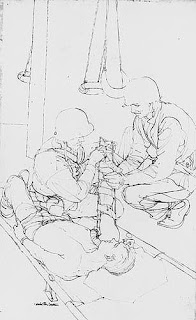 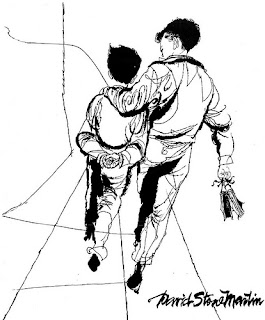 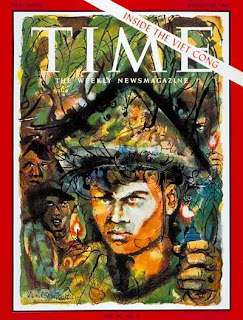 Time cover - 26 August 1967
My take is complicated. That's because I really liked his work when it was new and I was young. Now I'm less sure. I'm still fond of his scratchy style of penwork -- the medium business I mentioned above. Although he made use of black spots as a counterpoise from the lines, they aren't nearly in the compositional use-of-black-league of, say, cartoons by Russell Patterson (go to Google or Bing images to find examples). Another way of looking at it might be to say that Martin's works were literally lightweight, though very nicely drawn. Regardless, he was an illustrator whose work should not be ignored.