In the Beginning: Henri Matisse


Just because you study under a famous painter doesn't mean any of it will rub off on you.

Consider Henri Matisse (1869-1954) who received some of his training from William-Adolphe Bouguereau and Gustave Moreau. By his late twenties Matisse was leaving strongly representational art behind on his march to Fauvism and colorful points beyond.

Since the point of this "In the Beginning" series is speculation as to how modernist artists' style might have evolved absent modernism, we need to take a look at Matisse's more representational works that have survived. (I could locate only one work on the Web dated before his 25th birthday; might others have been destroyed or otherwise lost?)

Still Life With Books - 1890
Matisse claimed that this was his "first" painting. I couldn't find a larger image. 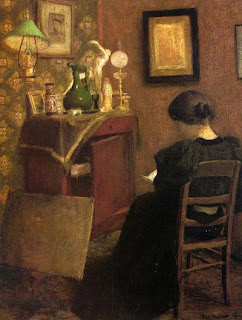 Woman Reading - 1894
Shown is Caroline Jobau, his mistress at the time and possibly pregnant. 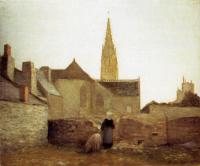 Village in Brittany - 1895
Again, this is the largest image I could locate: apologies. 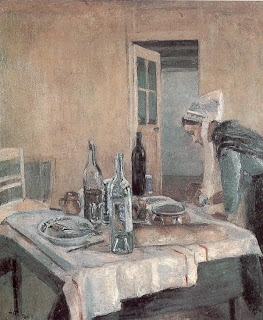 The Maid - 1896
Still representational, but more simplified than earlier works. Click on the image to get better quality. 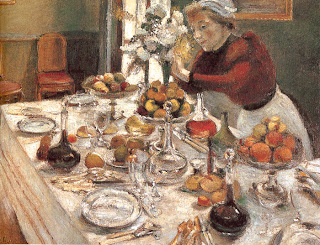 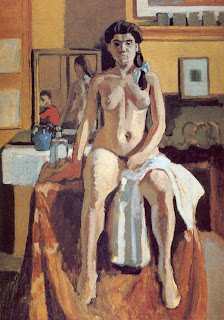 Carmelina - 1903
Colors are now becoming flatter, but not yet Fauve-wild. Again, click for a better image. 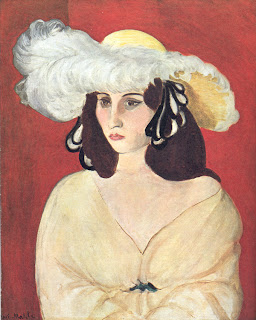 The White Plumes - 1919
For a few years before 1920 some modernist painters including Picasso and Matisse briefly backed away from the spasm of "isms" of preceding years. The result was some paintings in a noticeably simplified sort of representationalism.
Absent modernism, how would Matisse have fared? Given his training, the time spent copying masters (images not shown) and the very limited evidence shown above, I think that he had the potential to become a good representational painter. Impossible to say whether he might have become great.