Maybe it's happening in Palm Beach or the Upper East Side. Or perhaps in Beverly Hills, Malibu or Rancho Mirage -- though I was in the latter three within the last six months and didn't notice it.

That "it" is cars with matte -- rather than shiny -- paint jobs.

I noticed this in London's tony Mayfair district a couple of weeks ago, spotting at least three cars with matte finishes. And each of those cars was an expensive one -- the cheapest of the lot being a Porsche.

Here are some photos I snapped: 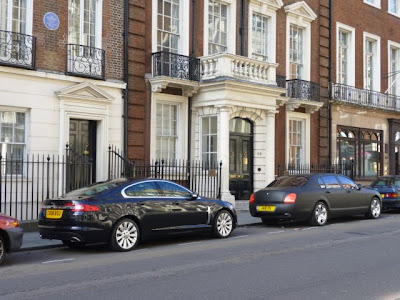 Yes, there's one. Parked in front of that shiny new Jaguar XF. 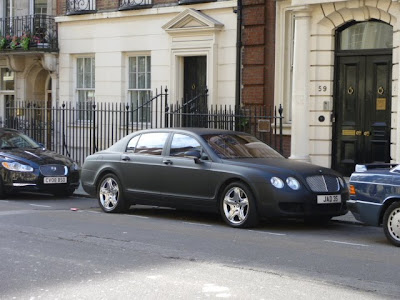 And it's a Bentley four-door saloon costing several times the price of that Jag. The license plates are British. 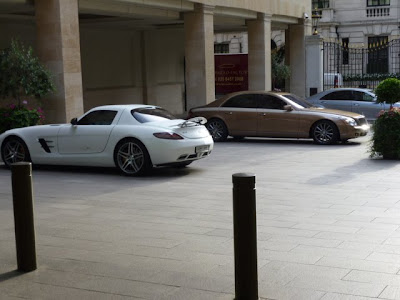 This is the unloading zone for our hotel. The tan-colored car in the background with a normal finish is a Maybach, what Daimler hopes you'll buy if you think Mercedes' are too ordinary. Closer to the camera is a Mercedes SLS gull-wing door jobbie painted matte white. Both cars carried license plates from the Gulf; the SLS's number was "333333" or thereabouts (I forget how many 3s there were).

Of course one wonders Why?

I have no answer at this point, though my first reaction was that it must be some trendy thing for a small subset of those who buy cars costing more than $100,000.