Title of an Artwork

Have you stood before an untitled painting and wondered what it was? Most viewers find it difficult to relate to a painting when it does not have a title, especially when there is an absence of recognizable elements in it. For instance, if it is an abstract work predominantly based on the play of colors, it may become difficult to decipher the intent of the artist.

So what does a title do? It provides a contextual reference giving pointers to the meaning and purpose of the artwork. It gives a point of reference to the viewer to build his or her response and observations around it and helps in understanding the theme or the subject better. An interesting title adds substance to the painting and helps in recalling the work. It also makes the job of cataloging and documentation easier.

However, it is common to come across works that are untitled, especially when the artist does not wish to provide that reference point intentionally and would like the viewer to interpret it freely. But, yes, there are instances where the absence of title is a result of the artist not being able to arrive at a suitable one either due to the complexity of the work or lack of imagination. Incidentally, having a cryptic title or one that is completely unrelated to the art may defeat the purpose completely.

Usually titles are added once the work is complete and a crisp and clear title can make the viewer more comfortable and involved. La Gioconda by Leonardo Da Vinci is perhaps the most famous painting ever, but it is better known as Mona Lisa and the title brings instant recognition. Would you be able to relate to Michelangelo’s David, Rodin’s The Thinker or Claude Monet’s Water lilies (a series of paintings), if they were untitled! It is difficult to have the same recall value for unnamed works. Joan Miro said, “I start from something considered dead and arrive at a world. And when I put a title on it, it becomes even more alive.” 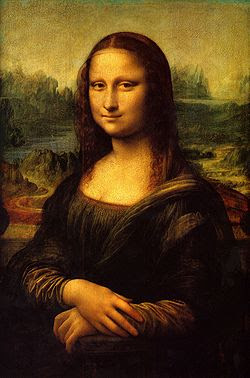 Yet, there are several paintings that were done, particularly during the abstract art movement that were deliberately left untitled, leaving it to the viewer to interpret it according to his or her own sensibilities and experiential framework. For instance, Jackson Pollack painted several canvases by dripping paint over them and these were left without a name consciously, but instead they were numbered.